Kailey and Ryan celebrated their reception at Lazy J Ranch in Milford, MI on October 19th, 2013.  The unique layout created some challenging sound issues to work around.  The Dinner portion of the night took place in one building, and the dancing in another.

I had met with the couple on location a week prior to their wedding.  We discussed setup locations and the OWNER offered the use of his in-house sound system and mic for the dinner portion of the evening.  Both the bride and her mom were very thorough as to what they expected and how they wanted things done (not in a bridezilla way, but in a organized manner).

I arrived about an hour and a half prior to guest arrival (which ended up being nearly an hour early).  I had sound and lighting setup in the first building prior to guest arrival, but not without some issues.  The OWNER did not remember meeting with me just 7 days prior and was hesitant about letting me use his sound system and mic, which turned out to be poorly maintained.  After assuring him that we did discuss it and he said that I could use it, he gave in.  I still had to ask one of his sons to get the mic for me, which held up the introductions a few minutes.  The sound started cutting out during the dinner mix, which turned out to be bad connections on the back of his amplifier, nothing I could fix myself.

Shortly after dinner and cake cutting, the couple took their guests on a hayride around the farm.  Dinner was provided by C&C Catering, which I have reviewed many times before. 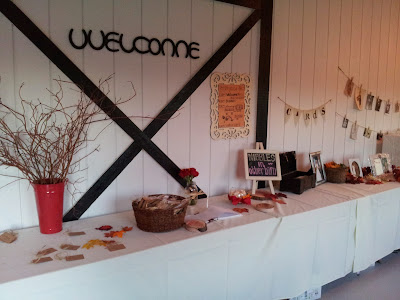 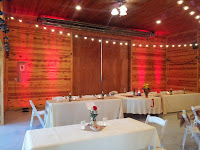 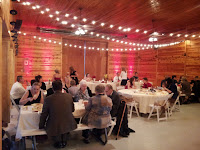 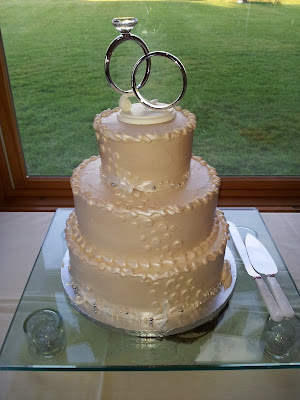 The second half of the evening took place in another barn about 200 feet away.  Guests had a good time despite the fact that one of the sons hijacked the dance time for nearly 40 minutes.  When the dancing started, we only had about 3 hours left.  About an hour and a half into that, one of the sons told me that he was going to do some instructional square dancing and that it had been cleared with the bride and groom (I knew nothing about this, so I checked with them).  I turned things over for what I thought would be 10 minutes at the most.  Unfortunately, it just kept going and going.  The couple were also under the assumption that this would only be about 10 minutes.  When I regained control of the entertainment, I had a list of more than 45 minutes of requests and only 25 minutes to play.  I cut a lot of songs that they requested and tried to play the ones that would keep the floor packed (which I did).  The bartender came up to me with about 5 minutes left and said, this is the last song, right?  I said no, I have one more that they requested as their last song.  He said, "NO, this is your last song!"  I was quite surprised at his demand and had to cut to the last right in the middle of a good dance track.  I informed guests that I was being forced to play the last song and apologized for the situation, though it was far from my fault.

I felt so bad for the couple as they were promised many things by the OWNER and he just didn't deliver.  He made sure to mention that he had done 67 weddings so far this year, which tells me it's all about quantity and not quality with the Lazy J Ranch.  While this venue isn't far for me to drive, it's also possibly one of the worst in the area.  I wouldn't recommend them to anyone.  I've done nearly a dozen weddings in barns this past year and you can do no worse than Lazy J Ranch, despite it's nice appearance. 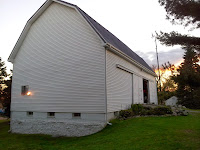 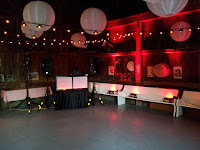 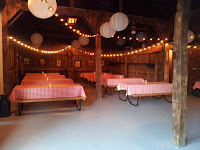 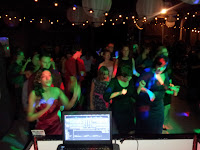 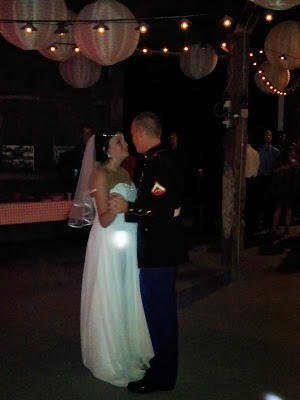 Regardless of all the issues with the Lazy J Ranch, I did my best to make sure Ryan and Kailey had a great night and wish them many years of happiness together!
Posted by The DJ Guy at 4:14 PM No comments: