I had an inquiry recently from a client who saw one of my reviews and asked if I could suggest a few locations for barn weddings.  I emailed him some info, but realized this would be a good topic to cover for those interested in doing a "country" or "barn" wedding.  Many of these are locations I've been to in the past, so with that being said, here's a short list of  country or "barn wedding" locations.


There are far more than I have listed, but many of them don't do this on a regular basis and have little to no information available online.

I've done a few events at Three Cedar Farms.  It's a bit rustic and would require guests to use the stairs, but it's a nice location and very fall festive. http://www.threecedarsfarm.org/pricing/index.asp

Cobblestone Farm in Ann Arbor is a bit more elegant and has a ramp to allow guest easier access to the barn.  I've also done a few events here, including an outdoor ceremony. http://www.a2gov.org/departments/parks-recreation/Pages/default.aspx 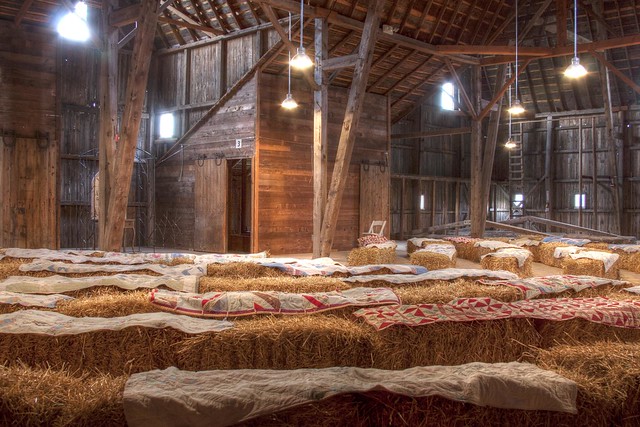 Ellis Barn in Oakland County is a historical barn and was relocated from Clarkston.  I've done one wedding here and the upstairs area was where they held the ceremony.
http://www.destinationoakland.com/parksandtrails/parks/springfieldoaks/Pages/EllisBarn.aspx

And finally, Red Tail Farm is one I have not been to yet, but I have a wedding booked there in October. http://www.theredtailfarm.com/ 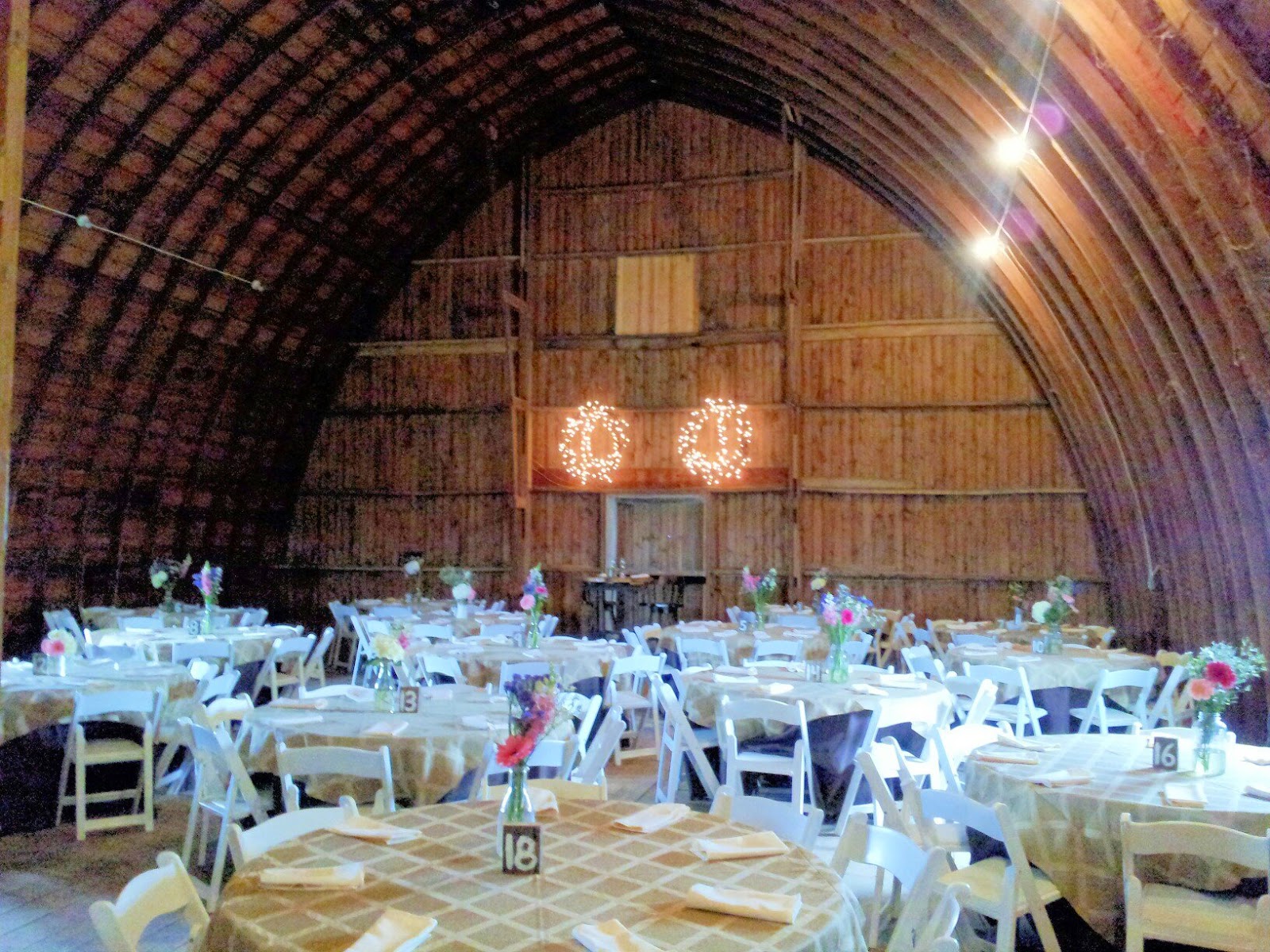 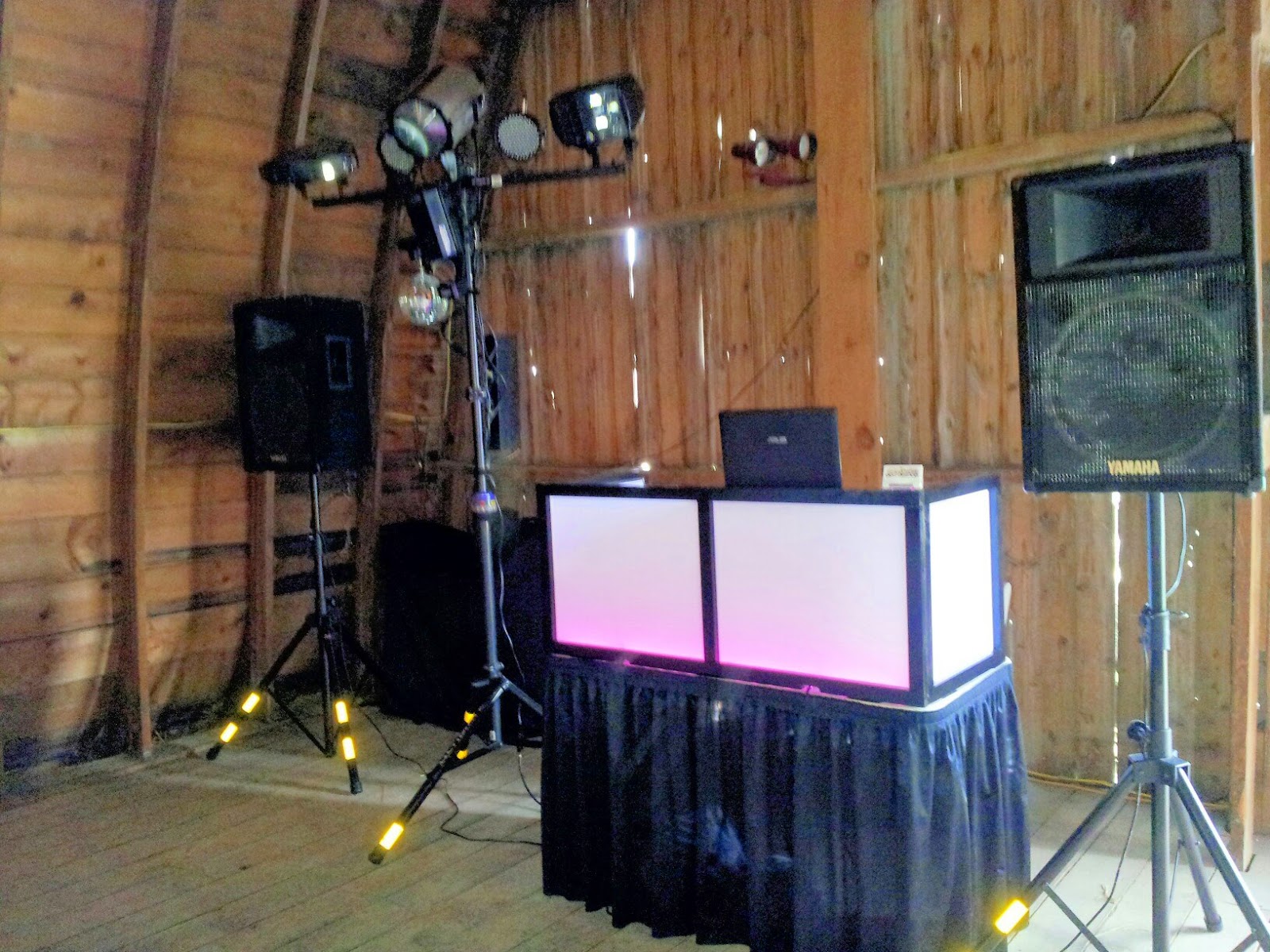 Omega Farms is a working farm in Williamston.  If you don't mind the BYO everything, then this spot may be perfect for you.  It turned out to be a really nice location.  There isn't any wedding information, but if you look on their calendar, they are still doing weddings occasionally.
http://www.omegafarms.com/Omega_Farms/Omega_Farms.html

Lazy J Ranch in Milford is OK, but I would make sure you get EVERYTHING in writing and don't let them offer to do square dancing unless you're alright with them taking up a lot of your precious dance time and watching a lot of guests leave early.  See my review here.


Lastly, check out this link which has good information from a few I've never heard of.
http://www.barnweddingmichigan.com/
Posted by The DJ Guy at 10:07 AM 3 comments:

Sometimes I get tempted to post a review right away because of the way an event turned out.  I realize that's not always a good idea and sometimes you just have to let a few weeks pass before you talk about it again.

That is certainly the case with a wedding I did at Genesys Banquet Center back in June. 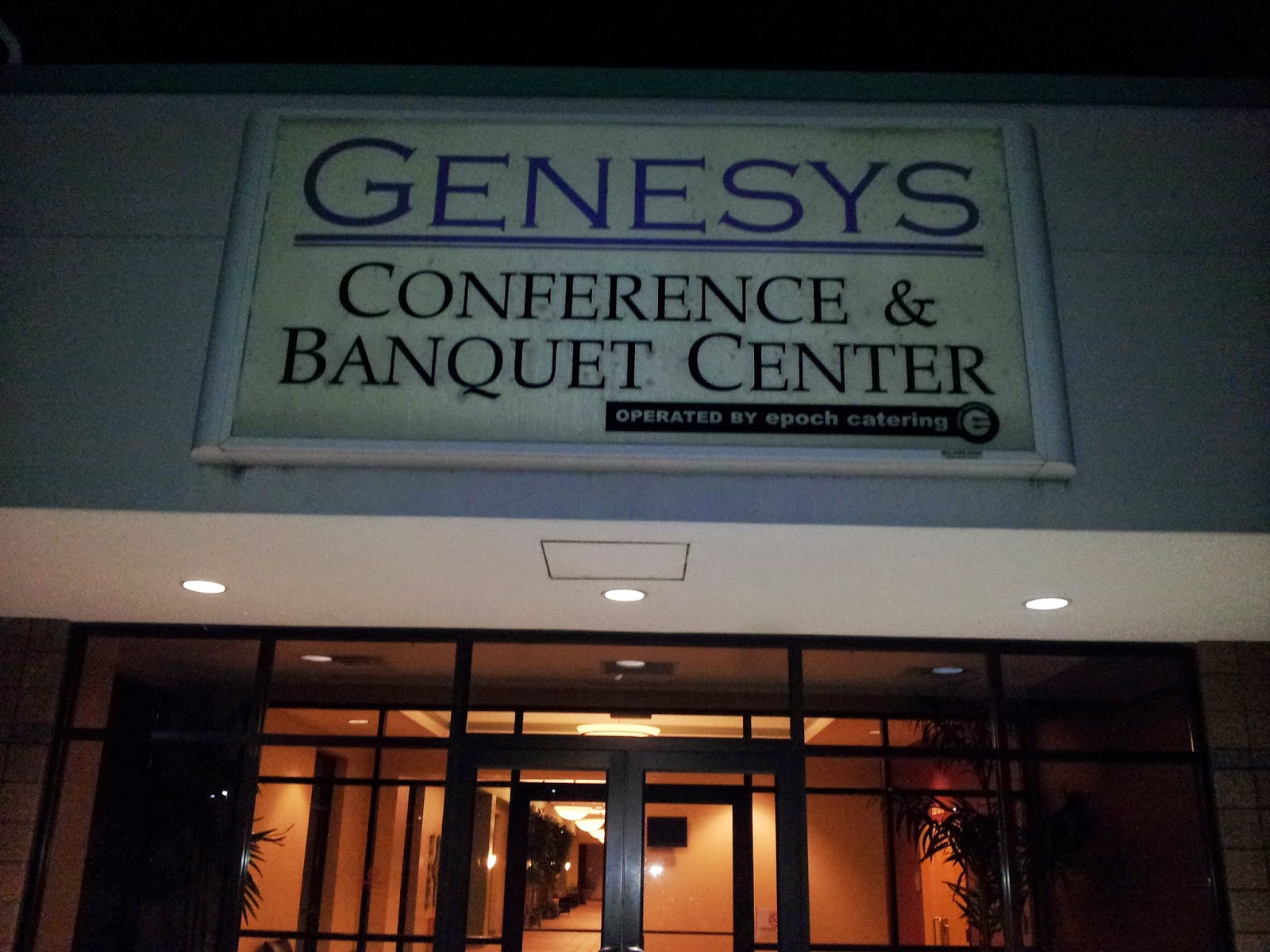 Upon arrival, I noticed that the dance floor was completely surrounded by tables, none of them planned for my use.  The second thing I noticed was the abundance of extra space in the room.  The manager then instructed me to setup in front of one of the exits which is a fire code violation.  This also meant that I would be nearly 25 feet from the dance floor and  have to project sound directly through two of the tables placed in front of me.  I asked nicely, if they would relocate the two tables so that they wouldn't be placed in front of me (PLENTY of room to do this by the way) and she stated "No". 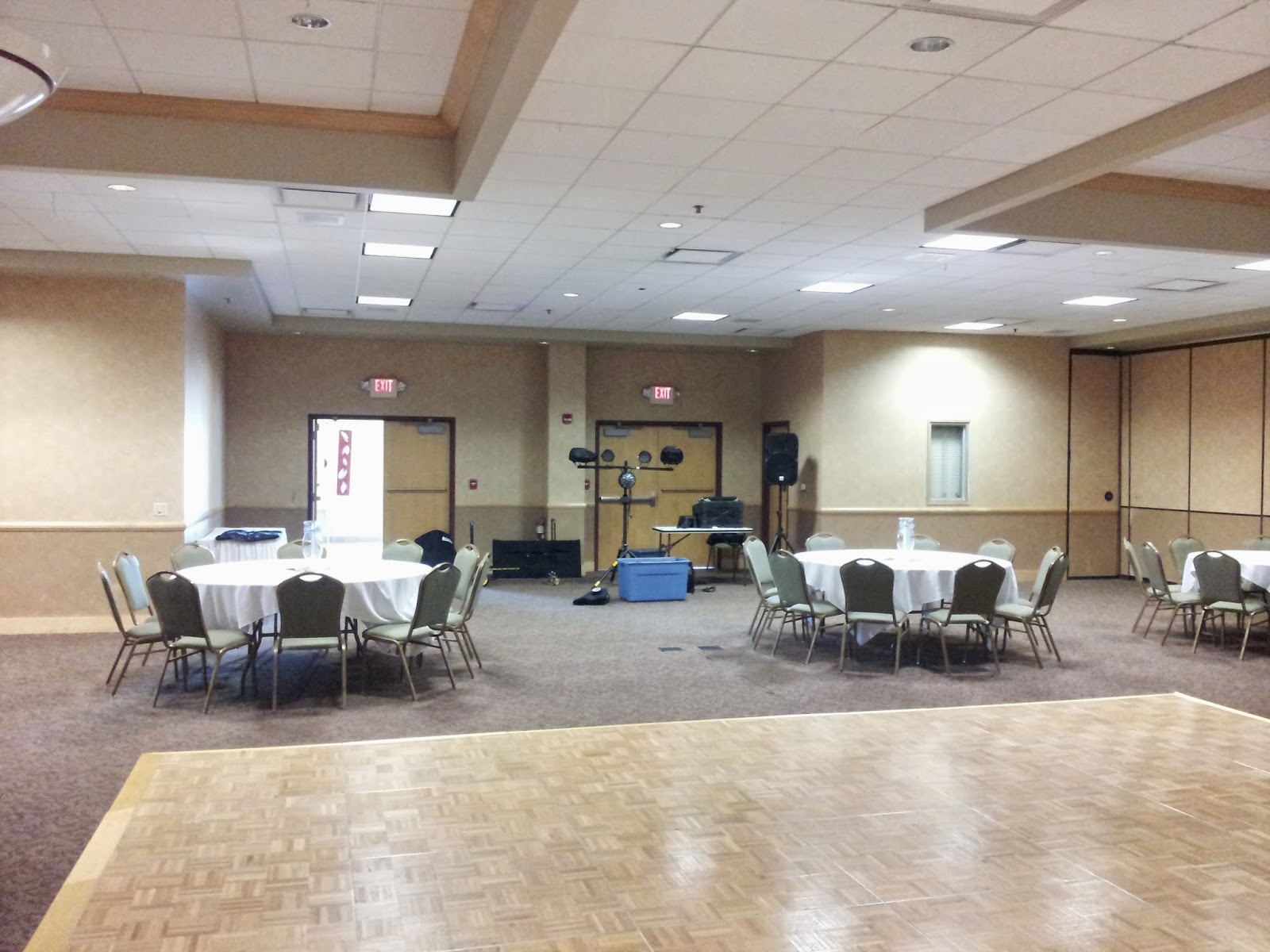 (During Setup - You can see how much extra space is available)

I asked several more times to no avail.  When guests began to arrive, I made sure to approach everyone trying to sit at those two tables and let them know about the hall's refusal to cooperate.  I certainly didn't want to be the one to blame for blasting music right at them.  This wasn't the couple's choice either, it's simply how they do things at this hall. 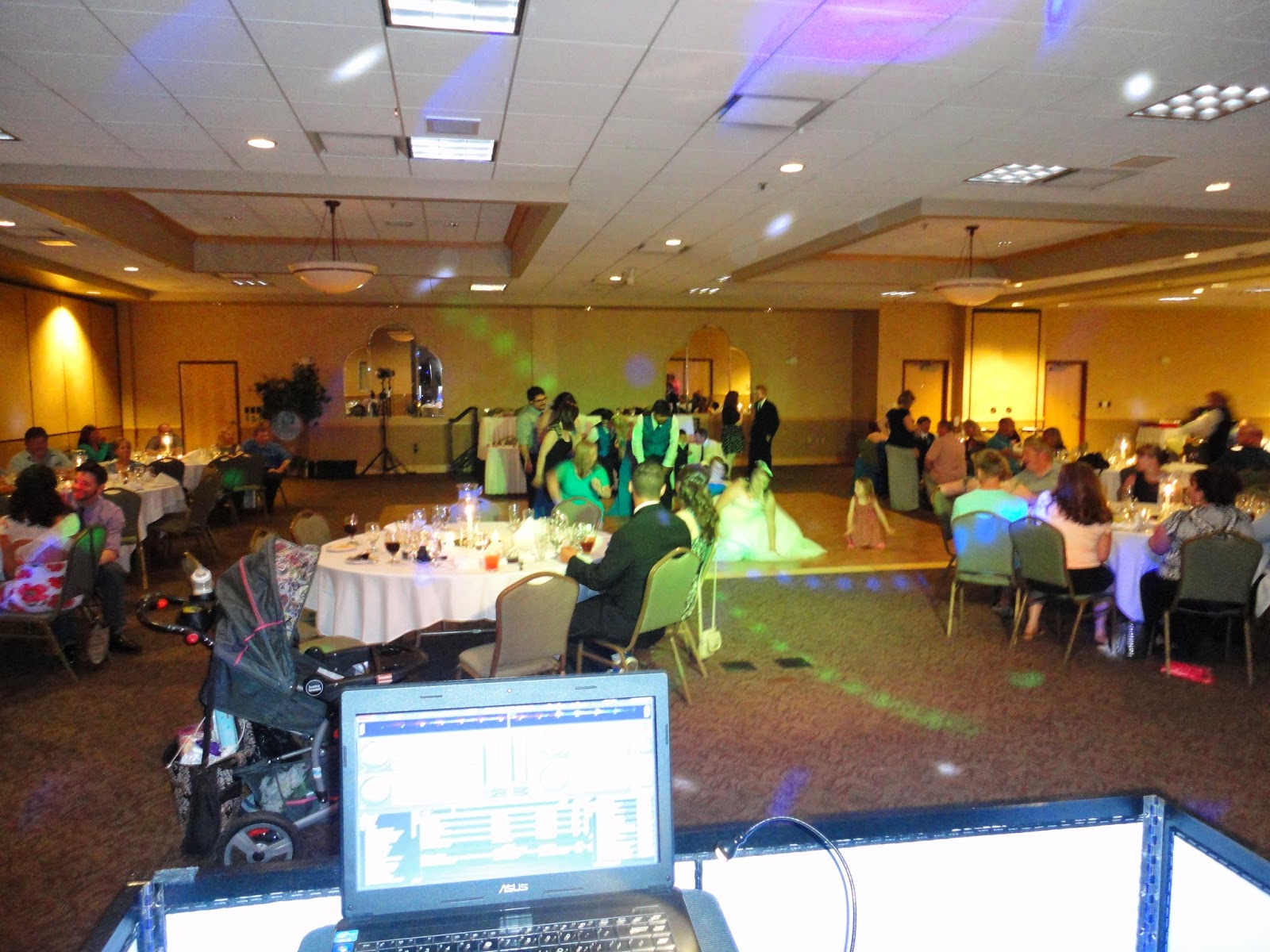 As you can see from the picture above, lighting doesn't look as good from a distance either.  It was a challenge to get people to dance the whole night.  The speakers were too far from the dance floor, the lighting wasn't up to my standards and I was placed too far away to have any interaction with the guests.

To make matters worse, one of the staff members came up to me and said that the DJ in the next room over had walked out on their party!  She asked me if I knew anyone that could come up and finish the night off for them, but being 8 PM and nearly an hour from home, I couldn't help them.

So just as we're doing their first dance, the overhead speakers come on and start blasting rap with foul language.  They apparently decided to plug in an ipod to the speakers, but didn't bother turning off the speakers in our room.  This completely ruined their first dance and we had to stop and I had to hunt down someone from the staff to fix the issue.  This took nearly 10 minutes!

In addition to all these issues, the food was sub-par and the service was just as bad.

I wouldn't recommend Genesys Banquet Center to anyone.  You could do better without trying in your own home.  Their refusal to accommodate a simple request when there was no reason not to, the fact that they willing violate fire code, destroying a couple's first dance, poor service and lack luster food is enough to steer clear of this place.

I felt bad for the couple and even with all the chaos, they still thanked me and tipped me at the end of the night.  I'm glad they realized that I did the best I could with the circumstances.

On the bright side, they had a beautiful ceremony on a picture perfect day. 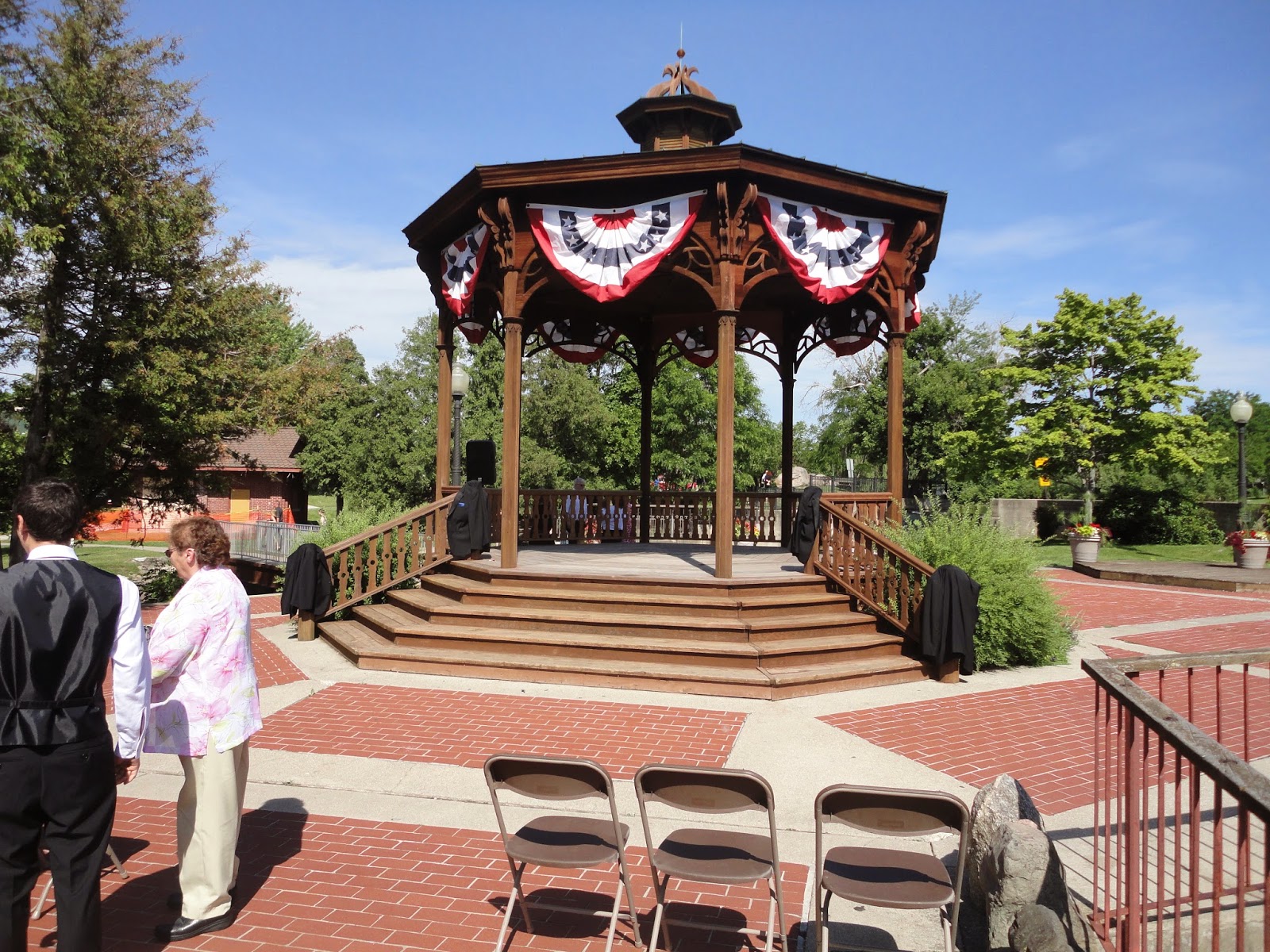 Not every wedding day goes according to plan, but I promise that I will ALWAYS do everything in my power and more to make it the best day possible.  I believe the customer comes first and I'll help you with your planning and offer suggestions to eliminate issues like this.